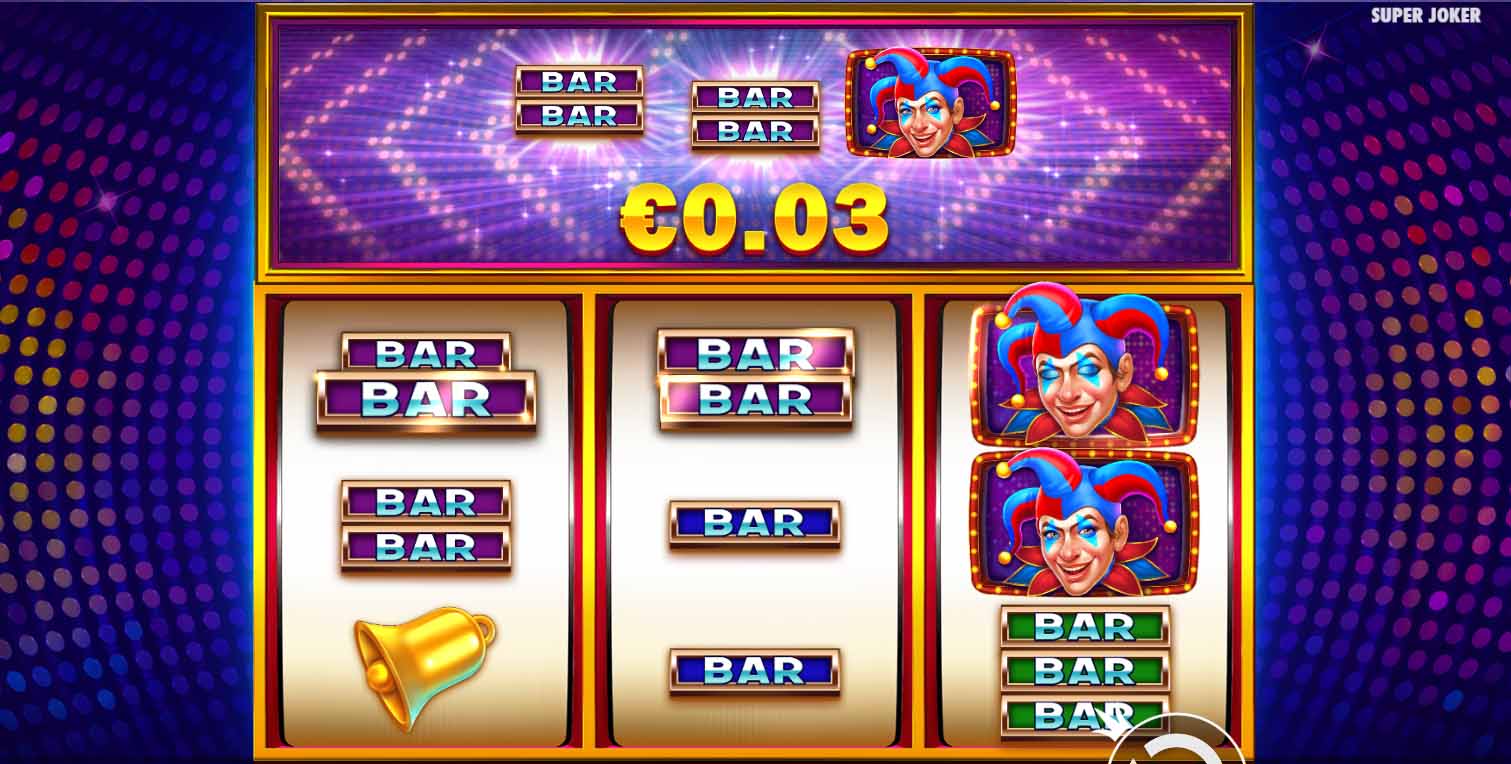 In its essence, the Super Joker slot by Pragmatic Play is a classic, vintage vibes-inspired game whose title says a lot about its gameplay and bonuses. The game is packed with 3 reels and 5 paylines with a great, slightly above average RTP which stands at 96.52% and awesome maximum winnings going up to 1,500x players’ stake which is a great prize for such a simple game.

The Super Joker slot features highly volatile spinning actions with bets starting at 0.05 and going up to 25 credits per spin. Some of the main highlights of this traditional Pragmatic Play release include its Multiplier Wheel bonus, and even more exciting Respin Until You Win mode. In terms of its visuals, the Super Joker slot appears beautifully rendered with entertaining disco vibes and neatly designed symbols.

Design of a Classic Fruity Game with Modern Vibes

As mentioned in the previous section, the Super Joker slot appears beautifully designed with loads of traditional symbols that appear across its three reels. The gameplay is rather simple as expected from a simple game such as Super Joker. The game’s backdrop shows a massive, flashy disco ball with colorful dots that perfectly matches the game’s upbeat soundtrack. When it comes to the game’s reels, they are packed with standard fruit symbols.

As expected, the Super Joker slot comes packed with wild symbols depicted as the jolly symbol which replace regular symbols. Moreover, landing three wild symbols on a payline brings a payout of 75x players’ stake. Just like other regular symbols featured in the game, its wild symbols landing stacked forms across all three reels. In addition to the generous wild symbol, the Super Joker slot features stacked symbols, loads of re-spins, as well as impressive winning multipliers which go all the way up to 20x players’ stake.

Respin Until You Win Mode for Loads of Re-Spins

As mentioned, one of the main highlights of the Super Joker slot is its rewarding Respin Until You Win bonus mode which players trigger with filling two reels with matching symbols without creating a winning combo. Once this bonus feature is triggered, those two reels packed with the matching symbols are held in their position while the remaining third reel spins again until a matching combo lands to the reel.

The best chance of scooping a great win comes in the case of filling all three reels with the matching symbol. In the case of this happening, the game’s Double Multiplier mode activates. Once activates, it spins just above the reels with the first reel offering impressive winning multipliers going up to 5x players’ stake. Depending on the wheel’s pointer lands, players can also advance to the next wheel which naturally offers even more rewarding winning multipliers that in this case go all the way up 20x players’ stake.

Here, players can also create the perfect Super Joker storm by filling the whole gaming screen with wilds which in addition to the maximum winning multiplier of 20x players’ stake brings awesome winnings worth up to 1,500x players’ stake. Since the game’s variance is relatively high, players can expect big winnings coming their way.

Travel Back in Time for Super Joker Winnings

Packed with loads of retro vibes, flashy fruity symbols and juicy winnings, the Super Joker slot running on the Pragmatic Play release will appeal to fans of simple, straightforward, yet very rewarding and entertaining games. The game definitely delivers what is expected from it, loads of three-reeled fun with super rewarding maximum payouts.